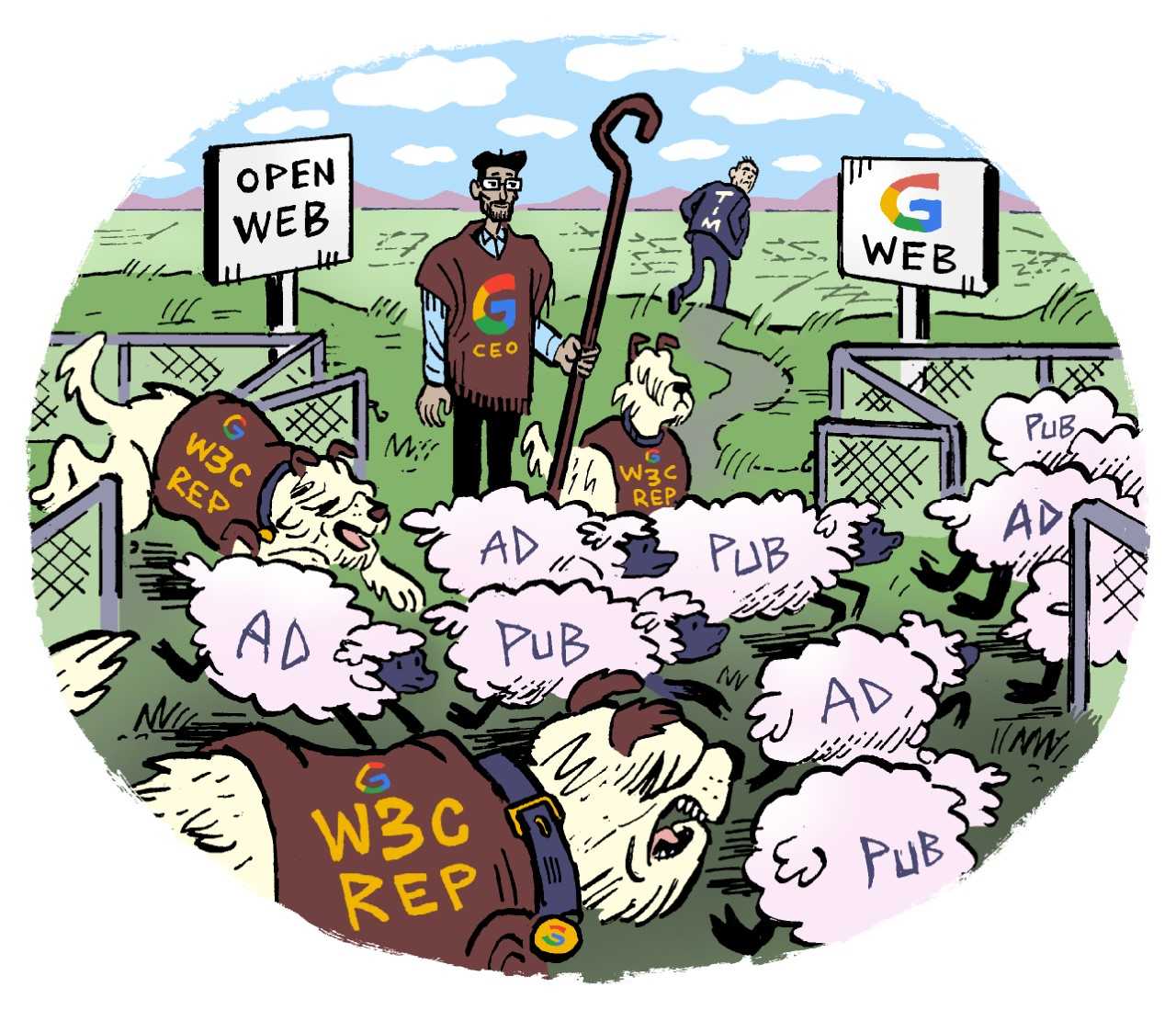 Google’s announcement on Monday that cohort-based advertising can be nearly as useful as third-party cookies raised a few ad tech eyebrows.

Some were left wondering exactly how Google reached its conclusion that advertisers can expect to see at least 95% of the conversions per dollar spent when compared to cookie-based advertising.

Although Google shared information in October about its process for assessing clustering algorithms, there seems to be little available on the baseline or control group it used to compare the efficacy of FLoCs with third-party cookies.

I think they used the GSS methodology. Google Says So.

But others are encouraged that cohorts could work, they just need a lot more road testing in real-life environments.

FLoC, or federated learning of cohorts, is one of the primary proposals in the Chrome Privacy Sandbox. A FLoC cohort is derived by using on-device machine learning to observe the browsing behavior of a group of people rather than an individual.

According to Google, Chrome is planning to make FLoC-based cohorts available in March for developer testing and for public testing in Google Ads next quarter.

With some still scratching their heads about Google’s measurement methodology, we asked the experts, What is your reaction to Google’s claim that FLoCs are nearly as effective as cookie-based ads?

I’m not surprised in the least that cohorts can perform roughly as well as user-level or 1:1 cookie-based approaches. The idea that 1:1 was the holy grail of digital advertising was always a fallacy. It’s great to see Google blowing up that myth. Cohorts are an obvious and practicable “middle ground” and I think Google deserves credit for investing a great deal in demonstrating that.

Assuming cohorts continue to prove viable, my next set of questions is around how Google plans to put FLoC targeting functionality and analytics into DSPs, ad servers, site analytics and publisher stacks. I think the sooner we all get a preview of what that looks like, the sooner we can start planning for it. Count me among those who need to see a product mockup before we can fully understand how FLoCs work!

Given that Google is still testing in simulated environments (h/t Paul Bannister), it would be hard to foresee FLoC features hitting actual tech stacks in 2021 and, if so, as alpha/beta features at best. Pure speculation on my part regarding timing, but my point is that there’s still a ways to go before FLoCs “replace” third-party cookies.

Does FLoC somehow reduce competition or suddenly change the shift of ad money going digital? Will a bunch of weekly papers suddenly get a huge increase in attention for their column inches just because of a new digital userID scheme?

Unlikely. I see this much more as, if everyone needs to use the same standards and the standards get stepped on, everyone will still need to use those standards. And then, due to the slight decrease in effectiveness, more money will be spent to hit current ad goals, aka, the operators of ad networks will see more money with a 5% cut in efficiency, not less.

But I think my core comment around that claim that FLoCs are nearly as effective as cookie-based ads would largely be lifted from a Stringer Bell speech from The Wire. [NSFW, but worth it.]

This looks like a shonky rehash of October’s comparison between FLoC and random user groupings.

The UK’s Competition and Markets Authority is investigating the Privacy Sandbox. Marketers for an Open Web is asking Google to publish the logic and data behind the 95% headline and will work with the CMA to verify the analysis. We are also asking the CMA to use their interim measures powers to delay the release of the Privacy Sandbox until after elected lawmakers decide on legislation and appropriate remedies.

By restricting the open web as a viable platform for advertisers and creating great uncertainty in the market, Google is only advantaging themselves. Until Google adopts FLoC across YouTube, search and their other services in place of personalized marketing, it looks as if what’s good for the goose isn’t good for the gander.

The result Google released is important preliminary information on the effectiveness of FLoC’s clustering algorithms, but the industry needs a lot more research on the relative effectiveness of cohort-based versus user-level approaches to targeting.

Future releases of Chrome look set to allow for in-browser testing later this spring, which should give advertisers more information about how the solution might work in practice – and how auction participants will bid on these impressions. I’m hopeful that we’ll see public results from a variety of test-and-learn experiments this year to help marketers and others in the ecosystem understand future possibilities for addressing ads to non-authenticated traffic.

While we agree with Google’s decision to create solutions that are not solely reliant on cookies and third-party identifiers, unfortunately this feels as if the walls of this walled garden just grew higher. On the question surrounding efficiency, in order to truly certify Google’s claim about a 95% effectiveness rate, the FLoC API must be tested and have the results reviewed by others in advertising. This will help objectively validate these claims.

That said, arguably the most remarkable news to come from Google’s FLoC announcement is the declaration around the importance of using artificial intelligence and machine learning to power the advertising ecosystem. Google is now reinforcing our long-standing belief that AI and machine learning can be applied across advertising to process vast amounts of data and deliver actionable value, in real-time.

If anyone was going to be able to figure out how to navigate a cookieless-future, Google would have been at the top of the list given the sheer amount of data they have access to and their capabilities. I think we sometimes put a bit too much credence in what exactly cookies provided us, and FLoC is somewhat in between what cookies truly are and what purpose they provide within marketing.

It’s also furthering the way customer data can be secured, anonymized, targeted and measured, which we’ll continue to see evolve over the next one to two years. There is still so much to test here, in how this fits with Google’s martech and ad tech, as that will ultimately drive where this goes.

Answers have been lightly edited and condensed.