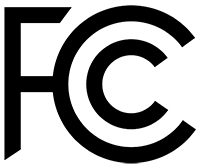 With Biden in the White House, the Federal Trade Commissions and the Federal Communications Commission are playing the usual game of musical chairs triggered by a new administration. The Republican heads of both agencies – Ajit Pai at the FCC and Joe Simons at the FTC – will step down later this month and be replaced by existing Democrat commissioners Jessica Rosenworcel (FTC) and Rebecca Slaughter (FTC), The Hill reports. But those aren’t the only moving parts. Democrat Commissioner Rohit Chopra is expected to be nominated to lead the Consumer Financial Protection Bureau, which leaves another open spot for Democrats at the FTC. One of those could go to big tech nemesis Lina Khan who, with support from Chopra, is gaining traction to take on the commissioner role, according to Vox. Biden will also have to bring on a Democrat at the FCC for tie-breaking purposes. With Pai’s departure, the party split among the commissioners is even.

Google seems to be locking horns with everyone these days (hello, DOJ). And now the tech giant is trading blows with … Australia? Turns out Google is in a bitter fight with the “Land Down Under” and threatened on Friday to make its search engine unavailable  if the government there approved legislation  forcing tech companies to pay for journalism shared on their platforms. The New York Times reports that Facebook, which appeared with Google at an Australian Senate hearing, reaffirmed a threat of its own, vowing to block users in Australia from posting or sharing links to news if the bill passed. With America’s trillion-dollar tech companies threatening traditional news media with extinction, the battle in Australia centers on who gets to decide the payments, what prompts a charge for the tech companies and when do they have to reveal changes in their algorithms. Google and Facebook argue that they already help the media industry by sending it traffic, and that the bill would open them up to “unmanageable levels of financial and operational risk.”

New York ad agency Hero Group sued Omnicom-owned agency DDB in federal court this week, alleging DDB “exploited” Hero to win a $4 billion US Army contract and didn’t pay for two years of work. Per Business Insider, the suit filed in the Northern District Court of Illinois stems from the Army account that DDB won in 2018 and claims misrepresentation, breach of contract, and fraud. The suit is seeking $100 million in damages based on an estimate of the revenue Hero Group would have earned if it worked with DDB on the entire 10-year contract. The suit alleges Hero Group specialized in targeting young people and would also help DDB meet the legal requirement to assign around 40% of the Army business to small and disadvantaged, or minority-owned, businesses. The suit also claims Hero Group, also known as Hero Collective, and has done work for Johnson & Johnson and Mattel, performed work for DDB from 2017 to 2020 but never received payment or additional assignments.

The ANA’s top lobbyist, Dan Jaffe, on what advertisers can expect from Biden’s presidency. [Digiday]

2020 was officially the hotel industry’s worst year on record. [Adweek]

The marketing push for Paramount Plus will rely heavily on ViacomCBS’s own networks. [WSJ]