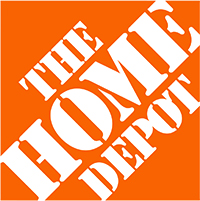 Misinformation isn’t a virus – but it can spread like one. Election fraud paranoia, hate speech and online conspiracy theories were all roiling in the overheated atmosphere that contributed to the Jan. 6 siege of the US Capitol. And advertisers don’t want to touch it with a 10-foot pole attached to a second 10-foot pole. Shareholders in Home Depot and holdco Omnicom have filed resolutions asking the companies to investigate whether their ad dollars helped fuel hate online, and whether their advertising policies “contribute to the spread of hate speech, disinformation, white supremacist activity or voter suppression efforts,” according to The New York Times. The effort was organized by Open MIC, an organization that uses shareholder engagement to promote causes such as diversity and privacy. “The ad buyers and the big ad agencies are typically behind the scenes, and yet they have an enormous amount of influence on what happens in the media environment, particularly on social media,” Michael Connor, executive director of Open MIC, told The Wall Street Journal. The resolutions were filed in November but weren’t made public until this week.

Omnichannel DSP Simpli.fi has acquired The Advantage Software Company, a provider of enterprise-level software for advertising agencies and marketing companies. Read the release. The rationale is to help drive Simpli.fi’s vision of delivering more integrated omnichannel workflows that help ad buyers be more effective and efficient across planning, buying, tracking, accounting and reconciliation. Automating buying processes for both digital and traditional media is key as consumers shift more and more of their viewing to CTV, which CEO Frost Prioleau says is the fastest-growing medium on Simpli.fi’s platform. The combined company will serve over 1,000 agencies and media buying organizations with a headcount of nearly 400 employees. The deal was valued at more than $100 million, according to Adweek.

Is This Thing On?

Not long after Amazon Web Services dropped Parler like a bad Tinder date in the wake of events at the Capitol, the website of the social media platform popular with conservatives was back online Sunday with the help of a Russian-owned technology company. The site popped back up as a static page with a message from Parler CEO John Matze asking, “Hello, world. Is this thing on?” The IP address it’s using is owned by DDoS-Guard, an entity controlled by two Russian men that provides protection from distributed denial of service attacks among other services. DDoS-Guard has worked with racist, far right and conspiracy sites in the past, and Parler critics say it’s a potential security risk for the platform to depend on a Russian company (not to mention an odd choice for a site popular with self-described patriots). Some of the pro-Trump rioters who descended on the US Capitol, fueled by baseless allegations of voter fraud, planned their actions on Parler. But although the site is up and Parler appears to have secured web hosting from Epik, as per Business Insider, it’s still not possible to download the app from either the App Store or Google Play.

Take a peek inside Amazon’s growing advertising business, which generated around $13 billion during the first three quarters of 2020 and is growing fast. [Business Insider]

And when you’re done, go deeper on the secret and allegedly preferential deal between Facebook and Google outlined in the Texas AG’s antitrust lawsuit against Google. [The New York Times] Google for its part defends the partnership and denies claims that its ad buying arrangement was anticompetitive. [CNBC]

Time spent with ad-supported media has hit an all-time low, despite gains in total media use. [MediaPost]

From ad loads to upfronts, the TV industry braces for another wild ride in 2021. [Adweek]

The transparency of data sharing between WhatsApp and Facebook is under review by EU data protection authorities following a draft decision from Ireland. [TechCrunch]