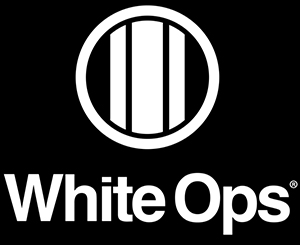 The Merchant Banking Division of Goldman Sachs is leading a deal to buy bot detection and anti-fraud company White Ops, Business Insider scoops. Goldman is being joined in the deal by VC firm ClearSky Security and investment firm NightDragon. The trio will buy out White Ops’ previous investors, which include Paladin Capital Group and Grotech Ventures. White Ops plans to use the money to expand, because ad fraud ain’t a solved problem. New areas of focus will include app security, music streaming and international growth. No news on how much cash White Ops is getting, although the eight-year-old company has raised $33 million. Before the acquisition, there had been rumors that White Ops was jonesing to go public as one of its competitors, DoubleVerify, is reportedly planning.

Roku is clearly one of the winners as TV consumption has continued its swift shift to streaming during the pandemic. Hey there, cord cutters. The video streaming giant will top 100 million US users in 2020 – a 26.4% year-over-year increase – and touch nearly half the country’s CTV viewers, Business Insider reports. Reaching that audience is a top priority for advertisers, and Roku’s relatively low prices and aggressive approach to licensing its operating software has helped it maximize household penetration in the US and beyond. In January, Roku announced that 15 TV brands would launch Roku TV models in North America and the UK, giving it access to a much wider range of devices across different price points in both regions, a  strategy that will continue to help Roku gain market share in the future. And in the nearer term, Roku reached a deal with WarnerMedia last week for the distribution of HBO Max on its platform. [Related in AdExchanger: “Advertising Drives Roku’s Record Q3 Revenue Growth”].

Speaking of streaming FTW, streaming inventory has been flying off the shelves this holiday season, Digiday reports. According to some agency execs, it was hard to find any impressions in Q4. Even before Thanksgiving, streaming inventory in some places had sold out through the end of the year, a drastic change from earlier in 2020. “If we went back to April, we were like everyone else: half not full. Now we’re way oversold,” said one media executive, who added that the increased advertiser demand has pushed up their company’s streaming CPMs to be, at the high end, “double what our averages were.” It’s not a massive shock. Ad sellers and buyers alike anticipated that streaming inventory would be in short supply this year. But in addition to accelerated streaming viewership beginning in March, some advertisers have seen their businesses begin to recover. That pent-up demand has tightened the traditional TV ad market and squeezed streaming. But some ad buyers don’t believe the hype. “I worry that these partners think they didn’t charge enough [for their streaming inventory in this year’s upfront market], so they’ll cry ‘sold out’ and jack those CPMs up,” complained one agency executive.

You’ll never guess which content recommendation company is eyeing  an IPO! (That joke never gets old.) Taboola is flirting with a large initial public offering on the Nasdaq at a $3 billion valuation, reports Israeli business news site Globes. The company, which was founded in 2006 by Adam Singolda, has raised $182 million to date and is looking to take advantage of the tech shares boom in the US. Taboola also has plans to continue expanding its business following the failure of its aborted merger with Israeli rival Outbrain last year. In other Taboola news, Business Insider reported last week that the company will repay publishers $16 million in revenue guarantees that were postponed at the start of the pandemic.

Let the good times roll, already. Global advertising revenue is predicted to break a record in 2021 as the world says “smell you later” to a depressing 2020. Worldwide advertising revenue for media owners will jump 10.2% to a record $651 billion in 2021 after falling 4.1% in 2020 amid the pandemic, as per GroupM’s forecast. Zenith meanwhile expects U.S. ad spending to rise 3.2% to $237 billion in 2021 following a 5.4% drop this year. What’s driving the rebound? Digital. GroupM forecasts that worldwide ad revenue for digital pureplayers, including Facebook, Google and other digital media companies, will surge 14.1% to $397 billion in 2021. In other words, digital companies could earn 61% of global ad revenue. [Related in AdExchanger “Digital Buoys Global Ad Spend Big Time During The Pandemic”].