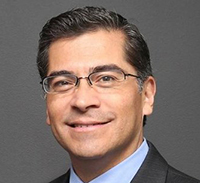 From CCPA To The Cabinet

President-Elect Joe Biden has selected Xavier Becerra to lead the Department of Health and Human Services – a name that should be familiar to privacy-heads the world over. Becerra is the attorney general of California, and it’s his office that’s responsible for enforcing the California Consumer Privacy Act. If confirmed, The New York Times reports, the former congressman would become the first Latino to run the HHS as it battles the ongoing pandemic. That’s not gonna be an easy job. Over the past couple of years, the California AG’s office has been heads down on operationalizing the CCPA and it’s unclear how Becerra’s departure will affect its ability to enforce the law. Also up in the air is who will lead the California Privacy Protection Agency, a new (as yet unformed) entity called for within the recently passed Consumer Privacy Rights Act (aka, Prop. 24) that will focus exclusively on defending consumer rights. [Related in AdExchanger: “The Consumer Privacy Rights Act – CCPA 2.0 – Passes In California.”]

In a case that neatly illustrates Google’s conflicting motivations, the company’s top lawyers are apparently at loggerheads with its own internal trust and safety teams on how to handle a competitor’s problematic browser extensions. The Wall Street Journal reports that Google investigators have found extensive browser-jacking by IAC-owned Chrome extensions. These plugins, which have been installed more than 150 million times, direct Chrome users to landing pages that often exist primarily to serve ads. The report recommends “immediate removal and deactivation” of the offending extensions. But Google hasn’t booted IAC, “in part because the two are rivals in some categories and because the search giant’s executives, including Chief Legal Officer Kent Walker, are concerned that penalties could be viewed as anticompetitive,” according to unnamed sources. Read on.

Chicago-based ad tech company Centro has teamed up with OpenWeb to integrate with the premium community engagement platform, part of an effort to reach millions of users within brand-safe environments. Read the release. Working across more than 1,000 publishers, the partnership is the first of its kind for OpenWeb, allowing advertisers and agencies to advertise alongside brand-safe, user-generated content in comments sections of publishers, including AOL.com, FanSided, and PC Magazine. OpenWeb’s programmatic advertising capabilities help publishers streamline processes and improve revenue and its content moderation technology alleviates the potential concerns of advertising against UGC, by closely monitoring for keywords, ensuring comments aren’t toxic, spreading hate or violence. Basis by Centro – which provides an omnichannel demand-side platform – is the first programmatic ad platform with direct access to OpenWeb. “This integration increases our ability to connect quality advertisers with publishers and create more impactful experiences for readers,” said Nadav Shoval, CEO and founder of OpenWeb.