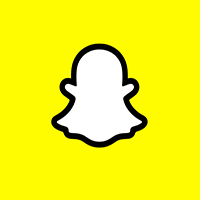 It’s been a loooong, dark year for publishers, but there has been at least one bright spot: Snapchat. Digiday reports that publishers are netting higher revenue for their Discover content within Snapchat, both year over year as well as quarter over quarter. Some of that boost is coming from an increase in CPMs, up between 10% and 20% YoY for Q4. Publishers are also reaping the benefits of changes Snapchat made this spring, including plugging non-skippable Snap Ads into slots when it wasn’t able to sell pricier Snap Commercials, thereby improving fill rate – an issue that Snapchat Discover publishers have complained about in the past. Despite, or perhaps due to, the pandemic, Snap has been having a pretty decent year itself. The platform had 249 million DAUs in Q3, up 18% over last year, and the average number of daily snaps on the platform rose by 25%. “That [engagement] bell curve hasn’t flattened out yet the way some people thought it would,” Paul Greenberg, CEO of video strategy firm Butter Works, told Digiday.

Check It Out (Or Not)

After three years on ice, Twitter is rebooting its verification system. These proposed new guidelines could see persistent rulebreakers stripped of their coveted blue check mark, according to Business Insider. The move would be another blow to President Donald Trump, who in January will lose his “world leader” protections for rule violations, meaning he might also lose his verified status if he continues to tweet in his … inimitable way. Twitter gives “verified” status to selected accounts belonging to public figures and organizations signified by a blue check mark next to their account name. Twitter hit pause on its verification program in 2017 after granting its blue check mark to one of the organizers of the white supremacist Unite the Right rally in Charlottesville, Virginia, sparking outrage. Both Twitter and Facebook have been criticized for enabling the dissemination of hate speech on their platforms while simultaneously being accused of censorship by conservatives. Twitter said that its revamped application process for verified status will relaunch early next year.

Can Shopify compete with Amazon without becoming Amazon? Software engineer and journalist Yiren Lu tackles this question in a deep-dive piece for The New York Times Magazine. Shopify started life in Ottawa in 2006 as a simple maker of ecommerce websites. Today, it’s a public company with a market cap that exceeds $100 billion, a checkout process for customers that has more than 60 million users and, last year, it surpassed eBay to become the second-most popular ecommerce destination in the US. It’s responsible for nearly 6% of all US ecommerce sales – but it’s still nipping at Amazon’s heels. Roughly 37% of all ecommerce sales in the US happen on Amazon.com. Unlike Amazon, Shopify’s software platform is only visible to merchants on the backend. Even so, Shopify and Amazon are competitors, and Shopify is leading a revolution for businesses that don’t necessarily want to sell their soul to Amazon. “When you buy something from Amazon, you don’t remember whether it’s from Pvendor or Achiou or some other third-party seller,” Lu writes. “You’re certainly not likely to tell your friend about it.”