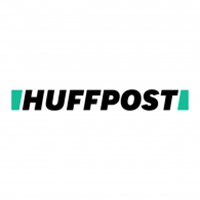 HuffPost finally has a home. After being on the market for quite some time, the Verizon-owned publisher was acquired by BuzzFeed on Thursday in an all-stock deal that unites two of the larger players in digital media, The Wall Street Journal reports. The rationale? Growth, of course. The companies will syndicate each other’s content and explore joint advertising opportunities. For its part, Verizon Media will receive a minority stake in BuzzFeed as a result of the tie-up. Digital-first media companies such as BuzzFeed and HuffPost were growing at breakneck pace a few years ago and advertising dollars soon followed. But that business became more challenging as Facebook and Google started to suck the air out of the room. The pandemic delivered yet another blow. BuzzFeed executives will undertake a review of HuffPost’s business before making any significant moves, such as cutting or hiring additional staff. In a note to employees, Jonah Peretti, BuzzFeed’s founder and chief executive, noted that HuffPost attracts readers from wealthy demographics. “For several years, I spent my every waking moment on HuffPost,” Peretti said. “I have a deep connection to that brand because of the history. But this is not about nostalgia for me, it’s about the future, the brand and the audience.”

And the acquisitions keep on rolling. Data platform Near bought French location data startup Teemo on Thursday in a deal that gives Near a foothold in Europe and access to Teemo’s consumer data. Teemo’s data is stored in European data centers and will continue to be handled in a fully GDPR-compliant way. Teemo has a few GDPR scars – the company was dinged by France’s data protection authority in 2018 for alleged violations – but it lived to tell the tale (unlike others). Speaking to TechCrunch, Near Founder and CEO Anil Mathews said that his company can access online and offline behavior data for 1.6 billion consumers each month. “We marry these two worlds and fill in the gap,” Mathews said. The Singapore-headquartered Near has been expanding “east to west.” With Teemo, it will have a beachhead to expand throughout Europe – for example, by getting direct access to the numerous big brands headquartered in Paris. Near could potentially expand into other markets by making similar acquisitions in the future.

No Brakes Just Yet

With COVID-19 surging during an anticipated second wave, advertisers – so far, at least – have kept up their spending, according to the chief revenue executives at five different media companies, Digiday reports. So far, the shutdown hasn’t wreaked the supply chain havoc that caused so many problems during the spring. Brands and retailers in numerous sectors have spent the summer preparing for the prospect of a second wave, moving away from lean supply chains and beginning to stock up on items months earlier than usual. Unlike in the spring, when programmatic ad spending plunged 30% literally overnight and some predicted that the pandemic would cause more economic damage than the 2008 financial crisis, most advertisers are actually continuing to spend as they head into Q4, albeit in the shorter spurts that have come to define media ad spending in 2020. “With the numbers we’re seeing around this huge surge, you’d expect people to say, turn it off, or cut my ads,” said one CRO, who asked not to be named. “But there was this interesting notion six months ago about a snap back to normal. That’s gone. There are more marketing dollars around [this time] because they think it can’t wait.” To be sure, though, the advertising industry is nowhere close to where it was before the coronavirus, and there are signs that the pandemic has inflicted long-term damage to the economy, and, consequently, to ad land.