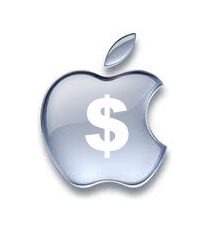 Apple is about to make a lot of smaller developers happy. Starting next year, Apple will lower its commission from 30% to 15% on sales for developers that generate less than $1 million in revenue through the App Store, including on in-app purchases, The Wall Street Journal reports. The move is a partial concession in Apple’s ongoing battle with critics over how it wields power in its digital ecosystem. Sneaky, sneaky, though, because lowering its commission could placate the little guys and make them less likely to throw in with the biggies, (see: Fortnite-maker Epic Games) in their fight against Apple’s dominance. Apple’s 30% fee sparked Epic’s ire, leading it and other critics, including tech companies such as Facebook (pot, kettle, black) to claim that Apple’s share is too large and unfairly levied, leaving customers to foot the bill. Apple’s move to lower it’s fee for sub-$1 million App Store earners is unlikely to end its beef with Epic. The US Congress, the EU, the Justice Department and the FTC are all investigating Apple and other tech companies on antitrust grounds. Epic CEO Tim Sweeney called Apple’s fee-reduction move a calculated effort to sow division among app creators. “Apple is hoping to remove enough critics that they can get away with their blockade on competition and 30% tax on most in-app purchases,” he said. “But consumers will still pay inflated prices marked up by the Apple tax.”

Mark Zuckerberg and Jack Dorsey (the clean-shaven and very bearded CEOs of Facebook and Twitter, respectively) were back in the hot seat this week when they appeared before the Senate Judiciary Committee. According to The New York Times, both were interrogated for more than four hours about how they moderated social media content and dealt with misinformation during the 2020 election. Both Democrats and Republicans zeroed in on content moderation – out of 127 total questions, more than half were focused on the issue. But Democrats asked how Facebook and Twitter could increase their moderation efforts around topics such as hate speech, while Republicans prodded them about alleged censorship. Republican Sens. Josh Hawley, Mike Lee and Ted Cruz focused on the unproven idea that Facebook and Twitter unduly moderated posts by conservatives, compared with the amount of time spent labeling or taking down posts made by liberals (thus the threat of an exodus among conservatives to Parler, etc.). Facebook and Twitter have maintained that political affiliation has no bearing on how they enforce their rules, but agreed that the issue of content moderation reform should be revisited.

All Eyes On Georgia

Speaking of elections … campaign ad spending is booming in Georgia ahead of the state’s runoff elections on Jan. 5 for two seats that will determine control of the senate. According to numbers tallied by Ad Age, incumbent Republican Sen. Kelly Loeffler is the biggest spender by far after her campaign ponied up $32.5 million for ads, mainly across TV and radio, with some digital in the mix, slated to run from Nov. 3 through Jan. 5. Her challenger, Democrat Raphael Warnock, is right behind her, with $23.4 million in trackable ad spending on the books. Taken together, Loeffler, Warnock, the other incumbent Sen. David Perdue and his Democrat challenger Jon Ossoff are within spitting distance of having spent a combined $90 million on ads (already aired plus advance bookings) during runoff season – not including what they spent before Nov. 3. Oh, and if you throw in the combined $13 million spent by various PACs on ads, the tally surges past $101 million.

Roku For The Win

And, because you can’t get enough politics, Roku has released data illustrating significant growth in consumption of election-related news on its platform after the 2020 presidential election. Read the release. With CTV viewing on the rise, streaming of US election news surged to record numbers across the Roku platform during the traditional peak of the campaign season, from the 2020 national conventions in August through to Election Day. An estimated 20 million people streamed election news across Roku’s multiple free, ad-supported news channels, including directly on The Roku Channel. According to a Harris Poll conducted for Roku, voters reported – regardless of their political affiliation – spending nearly twice as much time streaming TV as they did watching traditional pay TV. And many are watching no traditional TV at all. Forty-five percent of both Democrats and Republicans have either cut the cord or plan to in the year ahead. Seems to be the only thing Republicans and Democrats can agree on these days.