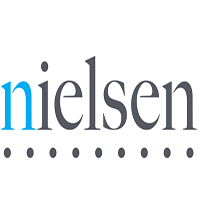 Nielsen Gets The Nod

Vizio is tapping Nielsen to measure its advanced TV campaigns as the CTV space heats up. Read the release. Vizio Ads, the company’s advertising business, will use Nielsen’s Digital Ad Ratings to help advertisers better measure and optimize digital audience metrics across SmartCast inventory on Vizio connected TVs. The move follows Nielsen’s recent announcement that it’ll use Vizio data to measure addressable advertising. [Related in AdExchanger: “Nielsen Updates Its TV Currency To Measure Addressable Ads.”] With the expansion of Nielsen measurement, media buyers and sellers will have the ability to verify impressions across all Vizio Smart TVs based on specific parameters, including age and gender. “The use of Nielsen’s measurement will accelerate our ability to utilize Vizio’s direct-to-device ads business as part of a broader TV and video investment strategy,” said Adam Gerber, president of global investment at GroupM’s Essence.

You And Me And CTV

Speaking of CTV and hotness, Magnite’s connected TV business is growing like gangbusters, driven by a heady cocktail of increasing CTV viewership, addressable advertising and strong marketplace demand. Read the release. The number of advertisers that used Magnite’s CTV audience targeting features grew 2.5x year over year in the third quarter, and the company’s total CTV revenue grew by more than 50% over the same time period. Technology advertisers upped their CTV spend on Magnite’s platform by 176% YoY in Q3, while direct-to-consumer and CPG advertisers boosted their spend on CTV campaigns by 159% and 86% respectively. “CTV has been a bright spot in a tumultuous year for publishers and advertisers alike as the move from linear television to connected television is accelerating at an unprecedented rate,” said Katie Evans, chief operating officer at Magnite. “With more content than ever being viewed through CTV, including live sports and news, this is really just the beginning of the tipping point.” And Magnite isn’t the only ad tech company flying high on CTV. See: The Trade Desk. [Related in AdExchanger: “The Trade Desk Surges In Q3 – Here’s Why Everyone Is Flipping Out.”]

Twitter is getting into the ephemeral messaging game with the global rollout of fleets on Tuesday, which are basically tweets that disappear after 24 hours. Snapchat originated the format and Facebook recently copied it (of course). According to Twitter’s internal research, a lot of people get performance anxiety when they’re about to tweet. Tweets have no edit button and, oh yeah, Twitter is a toxic environment populated by trolls just waiting to pounce. In a call with reporters this week announcing the feature, Joshua Harris, design director at Twitter, called fleets “a lower pressure way to join the conversation.” Fleets can’t be retweeted and replies are private and automatically routed into a DM. “People new to Twitter find it to be an easier way to share what’s on their mind,” Harris said. Which is great … but what about the fact that people can just screenshot a fleet, which would seem to defeat the purpose of a disappearing message? At launch, Twitter won’t be doing anything to counteract screenshotting, but “we definitely understand how impactful that is,” Harris said, and it’s “something we’ll be looking at in the future.” Vox has more.