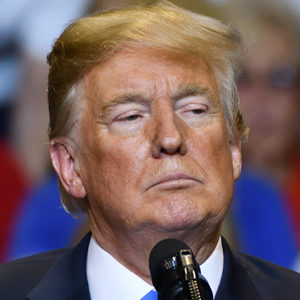 Lies And The Lying Liars

Facebook and Twitter had their work cut out last night reining in President Trump’s wild claims – namely the false assertion that the election is being stolen from him. Trump posted this lie on both Twitter and Facebook. Twitter immediately hid the post with a warning, according to The Washington Post. Facebook meanwhile just added a disclaimer: “Final results may be different from initial vote counts, as ballot counting will continue for days or weeks after polls close.” What followed was a torrent of misinformation as right wing outlets glommed onto Trump’s claims and reposted them. Twitter, in response, “penalized several high-profile accounts.” Twitter and Facebook aren’t the only ones trying to stem the tide of misinformation, though. Google and Google-owned YouTube have also launched policies to deal with the flood of falsehoods. But while these platforms are taking down disinformation, there are no long-term consequences for posting it: “Disinformation experts said social platforms were acting nimbly to combat posts intimating violence and misinformation but were not taking action to punish repeat offenders.”

From Alex Jones To Fox News

Interestingly, YouTube’s attempt to algorithmically quell the spread of misinformation has boosted Fox News, according to a study from a coalition of researchers, including former Google engineer Guillaume Chaslot and UC Berkeley AI researcher Marc Faddoul. Chaslot noted that, in 2016, YouTube highlighted videos from conspiracy theorist Alex Jones – and now it’s recommending Fox News clips. “The researchers and other analysts estimated that Fox had benefited from being designated as an authoritative news source by YouTube,” writes Business Insider. “Chaslot said MSNBC and CNN also made the list of most-recommended channels on recent news videos, and added that the algorithm seemed to favour particularly partisan or sensational headlines.” In other words, clickbait still wins.

The largest advertisers in the world have shown resilience when it comes to navigating the massive disruption caused by the COVID-19 pandemic. And Digiday reports that they’re continuing to adapt their marketing strategies to the ongoing crisis. P&G has seen sales increase as a result of the pandemic, and has boosted its marketing spend by over $100 million during the quarter. And the $200 million the CPG giant saved in ad and production costs has gone straight back into marketing. Meanwhile, Amazon spent 14% more on marketing during the quarter – although perhaps unnecessarily since Amazon is doing gangbusters business right now. Over at L’Oreal, sales increased 1.6% to $8.2 billion, driven in part by the acceleration of its ecommerce business – a healthy rebound after the pandemic forced physical stores, salons and airport concessions to close during the first half of the year.