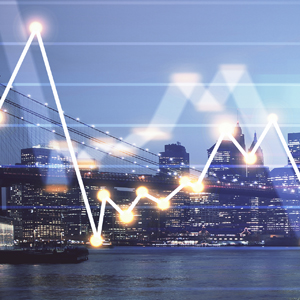 Advertising giant WPP is showing signs of recovery in Q3 after clients cut spending in the midst of the COVID-19 pandemic, according to The Wall Street Journal. WPP reported $3.84 billion in sales in the third quarter, beating expectations, according to FactSet. WPP CEO Mark Read specifically called out the media buying unit GroupM as a source of momentum. Within GroupM, Xaxis’ YoY revenue growth was “promising,” with a 12% increase in Q3 compared to its 30% decrease in Q2. Read said that growth happened as clients want more performance. The holdco will now focus on growth through both organic revenue and acquisitions, and particularly is looking at possible acquisitions to strengthen its marketing technology capabilities, for example, helping clients work with companies such as the marketing clouds Salesforce and Adobe, as well as building out its ecommerce capabilities.

Brand safety is still a major bugbear of the advertising industry, so Dow Jones built an AI-powered tool (I mean, what else would power it these days?) to “sharpen advertisers’ keyword blocklists,” according to AdWeek. The tool, called SafeSuite, has been available since April and shrinks keyword blocklists to “be more relevant to The Wall Street Journal, MarketWatch and Barron’s.” Not by coincidence, News Corp owns everyone involved. So who’s using this tool? Over 20 ad buying clients had the opportunity to use SafeSuite, and 12 are using. And Dow Jones continues to tool with it: “Over the last three weeks, the process has become less manual, increasing the volume of clients it can work with and allowing it to lower its minimum threshold to $150,000 per campaign, which is below the publisher’s average campaign size benchmark.”

Travel media startup Skift is facing some serious criticism. Business Insider writes that though the company set out to be a progressive travel media startup when it launched in 2012, some insiders say the company failed women and people of color. Business Insider spoke to three current and 13 former Skift employees, many of whom said there were times when women felt uncomfortable or mistreated in the workplace. They also said that CEO Rafat Ali was an unpredictable leader whose behavior was sometimes unprofessional – and that his anger was often directed at women, particularly women of color. Some of these employees, the publication reported, requested anonymity for fear of retribution from the company.

Add another winner to the ad revenue rebound sweepstakes. Twitter’s Q3 earnings might have disappointed from a user growth perspective, but its ad revenues are on the upswing, with 15% YoY growth to $808 million. Definitely an improvement over Q2, when ad revenue dipped 23% YoY. “Advertisers around the world significantly increased their investment on Twitter,” according to Nasdaq. US ad revenue went up $428 million, an 11% YoY increase and international revenue was $381 million, up 20% YoY. Total ad engagements were up 27%.