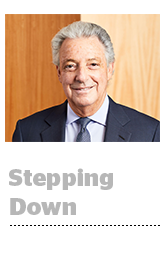 IPG’s Roth To Step Down

IPG honcho Michael Roth will step down from his CEO position at the end of the year, to be replaced by current COO Philippe Krakowsky. Roth will become executive chairman of the board. According to The New York Times, Krakowsky has been at IPG for 18 years and oversaw the holdco’s $2.3 billion acquisition of Acxiom. The announcement that Roth will bow out by EOY happened during IPG’s Q3 earnings call Wednesday. Revenue in the third quarter declined 5.2% YoY to $1.95 billion, although Roth said that many of IPG’s agencies have improved over the past three months, indicating some recovery from the pandemic’s economic effects. Also, IPG’s “media, data and technology offerings” grew during the quarter, Roth said, and Kinesso and Matterkind are both seeing “good progress,” according to Krakowsky. Even so, Matterkind and Kinesso laid off roughly 4% of their collective global headcount in early October, a move IPG characterized as having more to do with a wider transformation strategy than with COVID-19.

Shop ’Til You Price Drop

Ahead of Black Friday, Google is adding a price tracking feature to its Shopping product pages that notifies consumers of sales to help them find good deals and see whether the price on offer for a particular item is considered high, low or “typical” compared to other prices from across the web and in nearby stores. Google is also introducing curbside and in-store pickup labels to the price comparison grid on Shopping product pages so that people can get a quick read on the price and shopping options available online and at local shops. Neat. But these new tools also raise a few questions in light of the federal antitrust lawsuit that dropped earlier this week accusing Google of illegally monopolizing search and search advertising, Mashable notes. Sites that provide shopping guidance – Mashable, for example – “will face big challenges when put up against Google’s own shopping tools,” Mashable writes. “This doesn’t directly affect consumers, per se, but it does give Google more power on the business side of the market.”

Facebook’s and Twitter’s decision to limit sharing of the questionable New York Post story about Hunter Biden has triggered even more Republican fallout. A Senate Judiciary Committee has authorized subpoenas for Facebook CEO Mark Zuckerberg and Twitter CEO Jack Dorsey. At this point, Zuckerberg and Dorsey might as well just buy real estate in Washington, DC. The two are also slated to testify Oct. 28 before the Senate Commerce Committee about content moderation, according to the Wall Street Journal. That hearing will focus on Section 230 of the Communications Decency Act, which, the WSJ explains, “shields social media platforms from liability for user content.”