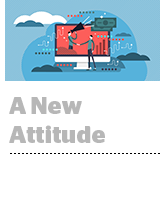 Google says it will start paying publishers for access to their content through a new licensing program. Google intends to shell out more than $1 billion to publishers over the next three years, and it already has licensing deals in place with around 200 publications in Germany, Brazil, Argentina, Canada, the United Kingdom and Australia, with other countries to follow. Participating publishers will be able to curate and decide how their content is presented through a new Google product called News Showcase that gives pubs the opportunity to tease their articles and encourage click throughs to their site. Google will pay certain publishers to make their paywalled articles free for nonsubscribers. A billion dollars is a lot, but it’s only a tiny fraction of the advertising money that used to go to publishers in the news industry and now heads straight into the coffers of Google and Facebook. CNN has more.

IPG’s addressable media unit Matterkind (formerly Cadreon) and Kinesso (a data-services unit based off of Acxiom tech) will lay off “dozens” of employees across the United States, with the greatest impact in New York City, according to Adweek’s Ronan Shields. Adweek said the number of cuts, which are due to an upcoming restructure, is close to 50, though it could go up to 70 – which accounts for roughly 4% of Kinesso’s and Matterkinds’ combined global headcount. Apparently, the reorg isn’t due to client losses or a spate of in-housing. A company spokesperson told Adweek: “This is not merely about cost savings, but is a part of a wider transformation strategy for Kinesso and Matterkind that includes investing in our international centers focused on product and service innovation … These changes are not as a direct result of COVID-19.”

You And Me And CDP

Forget autumn – it’s CDP season. Salesforce’s CDP will finally be generally available sometime this month. Oracle recently added new AI capabilities to its CDP. And this week, Microsoft announced enhancements to its CDP, including a new engagement insights feature that helps brands understand customer intent and behavior across channels, and an integration with Azure Synapse Analytics that provides access to a library of prebuilt AI templates for churn prediction, product recommendations and the like. Read the blog post. These capabilities are all about helping marketers be more agile, particularly during a very challenging year, James Phillips, president of Microsoft Business Applications, tells TechCrunch. “The need to deeply understand your customer and to increase the efficacy of those engagements has really been heightened during this pandemic,” Phillips said. [Related in AdExchanger: “Microsoft Enters The CDP Fray With Its Cloud Platform And Its Own Data.”]