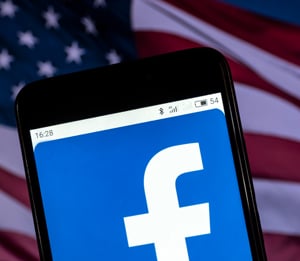 Facebook will block political ads in the week leading up to the US Presidential election in an effort to suppress misinformation. The platform will also flag posts that come from candidates either claiming victory before the official results are finalized or trying to dispute the outcome. Facebook has already restricted the ability to forward articles on Messenger to large groups. “The US elections are just two months away, and with COVID-19 affecting communities across the country, I’m concerned about the challenges people could face when voting,” Facebook CEO Mark Zuckerberg wrote in a post Thursday morning. Facebook worked with civil rights groups on the new policy, which President Trump has already blasted. This is Facebook’s first move – ever – to tamp down on political advertising in the United States, The Washington Post reports. (About time, huh?)

What is the fall advertising calendar without NFL football? CMOs of major brands are preparing for the season to be canceled and demanding more flexible contingencies be baked into their upfront commitments in case it is. Chipotle, for example, wants to be able to back out of commitments 100% for canceled games, while Verizon wants the same, plus the ability to cancel or shift spend to digital closer to game day (if the price is right). Frito-Lay is planning to spend its normal amount, but is also asking for contingencies. Broadcasters, struggling to refresh their content pipelines as production remains largely paused, are in a tough spot. While many offered flexibility to advertisers in the frantic early days of the pandemic, “we also have a business to run,” a network TV exec told The Wall Street Journal.

Brands are all-in on in-housing creative. More than half (57%) of multinational brands have brought their creative work in house, according to a World Federation of Advertisers survey of 53 brands repping $83 billion in spend. The trend has accelerated quickly, with three out of four in-house creative teams established in the past five years. Eighty-two percent of in-house teams are taking on an increasing number of projects, suggesting that the in-housing trend is working out. No wonder why: A majority of respondents tell the WFA that in-housing offers better integration, quicker processes and more knowledge about the business. Plus, in some cases, brands realize up to 30% cost savings. But creative agencies aren’t totally out of the picture. Ninety-five percent of respondents work with an external agency, and in-house teams report doing 37% of the creative work, on average. [Related in AdExchanger: “No Longer The Exception: 69% Of Brands In-House Programmatic.”]

Google’s heavy handed privacy changes aren’t just being felt by the programmatic community. Google told search advertisers that it will limit access to query data to only include terms searched by “a significant number” of users. “As a result you may see fewer terms in your report going forward,” Google said in a recent notice to search advertisers, who rely on granular query data to see which terms trigger their ads. But Google doesn’t want ad buyers to be able to access personal data that may surface in those queries, Search Engine Land reports. As with many Google announcements, a lot of unknowns remain. Like, how does Google quantify “significant?”