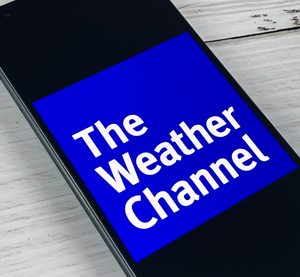 IBM settled a lawsuit brought last year by the city attorney for Los Angeles accusing The Weather Channel app of tricking users into turning over data without explaining it would be given to third parties for purposes other than weather alerts, the AP reports. The app has more than 50 million users. In the suit, City Attorney Mike Feuer alleged 80% of users allowed access to their location data only because disclosures on how the app uses location data were buried in a 10,000-word privacy policy not revealed at the point of download. The Weather Channel revised its disclosures after the lawsuit was filed and any future changes will be monitored by the city’s attorney. Although not required by the settlement, IBM will donate $1 million worth of technology to the city and county to help with contact tracing and data storage during the pandemic. Hopefully, the contact tracing apps they develop provide clear disclosures. [Read AdExchanger’s coverage about the original suit.]

The Facebook boycott may be over, but the pressure from advertisers is still on for big tech. Omnicom Media Group and its clients formed a lobbying effort called the Council on Accountable Social Advertising that aims to hold tech platforms to higher standards around ad placement and performance, The New York Times reports. The group is asking platforms to put systems in place that ensure ads don’t show up next to unsavory content and to offer independent reporting to prove that those systems work. Facebook, Snap, Twitter, TikTok and Reddit have agreed to the proposals in principle, but OMG is monitoring the platforms to see if they actually change their systems. “Now that social advertising is a major portion of a lot of our clients’ budgets, having control over adjacency is just something that we see as essential as the ecosystem matures,” said OMG exec Ben Hovaness.

In an exclusive deal that takes content and distribution bundling to a new level, Verizon is exclusively offering premium wireless customers Disney Plus, Hulu and ESPN Plus for free indefinitely and Apple Music gratis for at least six months. While bundling isn’t new, the deal offers consumers a significant amount of free content attached to wireless plans that start at just $45 per month – and bars competitive telcos from offering those services to consumers for free, CNBC reports. “The current value chain of the media business is not working – it’s broken,” said Frank Boulben, Verizon Consumer Group’s SVP of marketing and products. Bundling is a strategic move for distributors and telecom companies such as Verizon that don’t want to spend a boatload of cash on owning entertainment companies (cough, AT&T), and we’re likely to see more of it in the future.