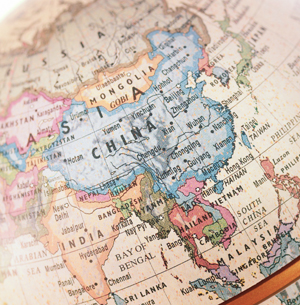 APAC: The “P” Is For Programmatic

Programmatic now accounts for 41% of global digital media investment by large brands, up from 16% in 2016, according to the World Federation of Advertisers and IPONWEB. But the pace of adoption varies depending on the region. Programmatic represents 50% of digital media spending in the United States, but just 31% in Europe and 20% in Asia. APAC has historically lagged in embracing programmatic, but that’s starting to change. The conversation among brands is “shifting from ‘Should I use programmatic’ to ‘How do I use programmatic effectively?’” said Silas Lewis-Meilus, senior director and APAC head of media at GSK. And although advertisers in APAC largely haven’t taken their media buying efforts in-house, they’re doing a better job than others at using first-party data. Fifty-four percent of APAC respondents said they either “fully” or “significantly” take advantage of first-party data.

Google is in a standoff with German travel companies, which are demanding the tech giant share some of the pain they’ve experienced during the pandemic. Trivago, GetYourGuide and HomeToGo sent a joint letter to Google arguing that it should cut them some slack on their advertising bills while their sector continues to suffer. After all, Google has gotten rich off the back of travel ad spend. Unfortunately, the answer was “nein.” “Google refused to do anything and instead asked us to pay immediately in the midst of the pandemic,” said GetYourGuide CEO Johannes Reck, who called Google’s behavior during the pandemic “the match that has ignited a much greater fire.” German travel companies have been pushing Google on the issue since April, and claim it hasn’t been as accommodating as Facebook or Bing, which immediately offered 60- and 90-day payment relief, CNBC reports. [Related in AdExchanger: “Google Loses Share Of Ad Market As Travel Brands Pull Back On Search.”]

Who is surviving – and even thriving – as the economy tanks? You guessed it: Big Tech. Apple cemented that truth on Wednesday by becoming the first American company to reach a $2 trillion dollar valuation after its shares rose 1.2% to more than $467, the New York Times reports. The craziest part: It took Apple 42 years to hit a $1 trillion valuation, but it added that second $1 trillion to its market cap in just 21 weeks, all while the global economy shrank faster than ever before. The stock market continues to rise after a sharp dip early in the pandemic, operating in a seemingly different universe than the U.S. economy and other global economies at large. Big Tech has benefited more from that gain than the next 50 most valuable companies on the S&P 500 as investors flock to them as a safe bet during the COVID-19 crisis.