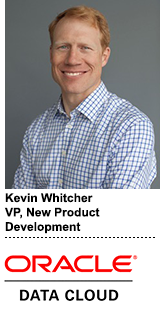 This article is sponsored by Moat by Oracle Data Cloud.

The global pandemic of 2020 has had far-reaching economic effects – with few industries spared from the need for quick adaptation.

The television advertising market, for one, has already seen stay-at-home orders contribute to the first increase in traditional television viewership since 2012. Yet upfront spending for the 2020-21 season was $7 billion less than previously predicted by eMarketer. This significant decrease in spending reveals a troublesome gap in advertiser strategy that peddles a “buy it before you try it” approach in a world where relevant customer experiences reign supreme. 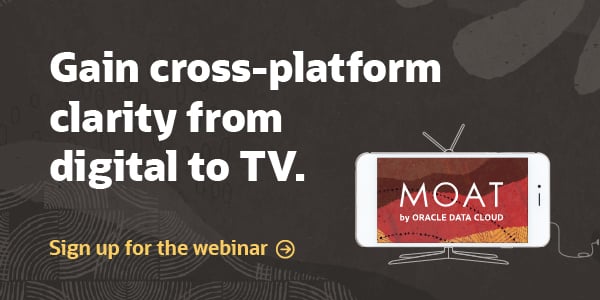 The counterintuitive drop in upfront spending this year highlights an interesting trend: Linear television ad buying does not mirror consumer behavior. In fact, the two have been trending in opposite directions for years.

According to one new eMarketer study, the average time spent watching traditional TV by US adults has continually decreased over the last few years, while upfront spending has increased. 2020 is proving the exact opposite can also be true, however, as advertisers have scaled back their upfront spending despite an increase in viewership.

Looking at the bigger picture, this example is only one indicator of a TV market in flux. Cord-cutting remains on the rise and, according to research by Oracle, consumers in the United States have, on average, six devices from which they consume content and advertising across countless channels and formats.

While TV continues to be where most of the reach is, it no longer makes sense to commit a huge percentage of annual ad spend to a single medium with no way to adjust across multiple platforms – especially as viewership behavior continues to change in real time.

As a result, savvy marketers are now moving away from locking in upfront spending, opening the door for new agility and the ability to leverage centralized measurement to optimize and improve campaign results – in addition to providing more relevant experiences for the customers they value most.

The majority of marketers have been operating from a limited understanding of how many of their advertising impressions are actually reaching their target audience across channels. Because data sets are often siloed by channel, the numbers are likely smaller than they think. For those who have this realization in-flight, an upfront commitment could mean wasted valuable ad dollars.

To combat this lingering challenge, recent advancements in measurement technology offer a more real-time and keen understanding of audience reach and frequency and unparalleled insights into who is watching, as well as what spend might be going to waste.

As TV ad sellers create more advanced audience segments sold on impressions to compete with digital, TV buying and selling is shifting from traditional rating-based to outcome-based KPIs that align with digital.

All of these advancements are promising signs that the industry is on its way to modernizing its methods in ways that will help bridge the channel gap to create more comprehensive campaigns. For television advertising, perhaps 2020 is finally the year the industry embraces the opportunity to step into the future, mirror consumer behavior and achieve true cross-platform success.