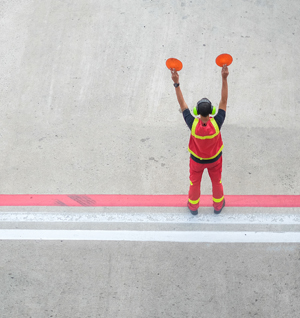 Apple is intercepting site traffic to publishers on Apple News+ and redirecting it to the Apple News app through updates to iOS 14 and MacOS Big Sur. The move not only cannibalizes publishers’ subscription audiences, but puts privacy-conscious Apple in a position of doing cross-site tracking, per a Twitter thread by Chartbeat CEO Tony Haile. Users can disable the redirect, but for now, it’s the default setting on iPhone and Safari. Apple’s argument for the change could be that gaining scale through Apple will ultimately benefit publishers, if Apple News can deliver higher ARPU than publishers can drive on their own. “Regardless, Apple News is making a big move to move user behavior from a web that they don’t control to an app where they do,” Haile wrote.

WarnerMedia boss Jason Kilar ousted entertainment chairman Robert Greenblatt, who oversaw HBO Max, as well as head of content Kevin Reilly in an executive shakeup. The goal was to simplify the org by rolling production and operations into a single unit, led by Warner Bros. chair and CEO Ann Sarnoff, The Wall Street Journal reports. Sarnoff will oversee WarnerMedia’s content across HBO, HBO Max, TNT, TBS, and other outlets and report directly to Kilar alongside HBO Max GM Andy Forssell, who will lead operations, marketing and consumer engagement. The departure of two high-profile executives who steered the launch of HBO Max raises questions about whether the service is performing as well as AT&T had hoped. The reorg will lead to significant staff reductions.

Trump is pushing for TikTok’s acquisition by a US company by Sept. 15. But it could take a year or more to unwind the app from ByteDance’s technological backbone, Reuters reports. TikTok shares resources with its Chinese counterpart, Douyin, along with other ByteDance-owned companies. ByteDance began separating out TikTok’s code when the United States raised national security concerns about the app seven months ago. But server code that underpins the app’s functionality and algorithms, manages user profiles and allows for data storage is still shared across ByteDance products. In a potential deal, Microsoft will likely have to rely on ByteDance’s code while it works on revising it and moving to a new back-end infrastructure – violating Trump’s deadline. And it’s unclear if the magic of TikTok’s algorithm will work as well when separated out from ByteDance.