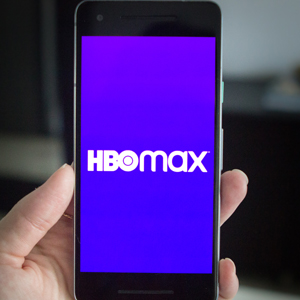 Just as NBCU plans to reorg to accommodate streaming, so too will WarnerMedia. The Information reports that the AT&T-owned entertainment company will soon unveil a “major reorganization” that will result in layoffs and the promotion of Andy Forssell, a streaming exec, to oversee the company’s entire DTC business. He’ll answer directly to WarnerMedia chief Jason Kilar. This transition signifies a shift in WarnerMedia’s philosophy. Kilar has reportedly commented to his peers that he “wants the company to be more focused on selling directly to consumers, rather than advertisers and cable companies,” and that, ultimately, his aim is for WarnerMedia to own all of the content on its streaming service. WarnerMedia took a heavy hit from the pandemic economy in Q2. It lost $1.5 billion in revenue, dipping 23% YoY. Its ad tech unit Xandr declined 25%.

President Trump signed an executive order last week, to take effect within 45 days and counting, barring any business transactions with TikTok and WeChat by American companies, thereby formalizing the timeline he set earlier in the week for a potential TikTok acquisition by Microsoft. In other words, the clock is TikTocking. (Sorry, that was irresistible.) Trump’s WeChat ban relates to the same yet unproven national security fears he has about TikTok sharing data about Amercans with the Chinese government. It’s not clear exactly what type of transactions would be banned, and questions remain about whether companies that Tencent has invested in (such as Snap, Activision Blizzard and Epic Games) will be impacted. Beyond the impact on American businesses marketing and transacting with consumers in China, it’s also important to note that cutting off access to WeChat could sever everyday communications between people in the two countries, The New York Times reports.

Speaking of TikTok, the platform launched a CTV app on Amazon Fire TV in the United States on Friday in its first foray into the living room. “More on TikTok” includes playlists and clips of popular videos and interviews with TikTok creators – the sort of content that typically lives on YouTube, Business Insider reports. The launch is a test for TikTok, and social media broadly, of whether user-generated content can adapt to the TV screen. TikTok’s app is solely for viewing; people can’t post from their TV screens. The company will also experiment with longer-form content as well as live concerts and events. TikTok does not yet have a monetization plan for the app. “Our approach is to let the community and our creators try a bunch of different things at scale,” said TikTok head of global marketing Nick Tran.

At Havas, just 6% of its 4,000 employees identify as Black. So the agency has put in place a program to ensure it does better. Havas will commit to collecting diversity data and making that data transparent. It will also provide education to white employees and career access to minorities, as well as make efforts to rightsize compensation for diverse employees, among other initiatives, Digiday reports. Each initiative will have a point person, a target start date and clear objectives, said global chief talent officer Patti Clarke. But Havas, which launches its program amid backlash against the historically dismal diversity efforts at agencies, has a long way to go. The company previously made it optional for employees to share diversity data and only publicly shared its diversity numbers for the first time this summer.