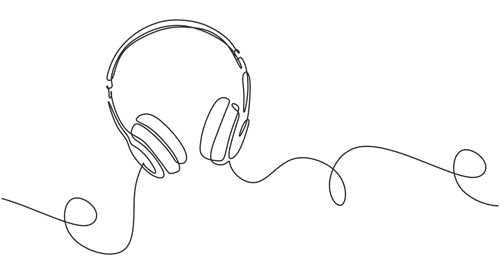 Google is building out its programmatic audio infrastructure.

On Thursday, the ad giant launched in beta a bunch of new offerings in Ad Manager and DV360 for programmatic audio buyers and sellers.

This is the first time Google is providing programmatic sales capabilities for audio publishers in Ad Manager.

“We’ve seen an increase in publishers making their digital audio inventory available in Ad Manager and embracing programmatic as part of that strategy,” Wolpert said.

In Ad Manager, publishers can now sell audio inventory through private marketplaces, programmatic guaranteed deals or on the open exchange in addition to via direct deals. Buyers can access the inventory through DV360 and through five third-party DSPs, although Google declined to name which ones.

The plan is to integrate Ad Manager’s audio capabilities with more DSPs as the product develops, including Google Ads, Wolpert said.

TuneIn currently works with Pandora-owned AdsWizz for programmatic audio monetization, but eventually wants to migrate fully to Google so it can run all of its programmatic sales out of a central platform.

“Having everything in Ad Manager allows us to create media plans that cover audio, video, display and package them for our clients,” Barker said.

Publishers can also tap into Google’s massive data set to determine whether to serve a video, display or audio ad based on what a consumer will be most receptive to in that moment.

And Ad Manager’s features, such as its ad server, trafficking component and proposal section, are easy to use for smaller publishers, such as TuneIn, which has a sales team of 15 people.

“We’re a pretty lean team,” Barker said. “We like to use all of the tools that Ad Manager provides to help us activate. Their solutions are very straightforward and easy to use.”

Ad Manager hasn’t yet fully built out programmatic podcast monetization capabilities because of limitations when distributing across platforms via RSS feed. But it does offer programmatic monetization for publishers that distribute podcasts within their own platforms (i.e. Spotify or Pandora).

The purpose of beefing up Google’s programmatic audio buying suite in DV360 is to lower the barrier to entry for smaller advertisers, said Natalie Bennett, a product manager at DV360.

“These updates are centered around bringing the efficiencies and capabilities expected of mature programmatic channels to audio,” she said.

Breaking out audio into its own marketplace in DV360 allows brands to more easily find audio inventory and engage with more publishers. It also gives brands more insight into what content type they’re buying, whether that’s music or a podcast. And Audio Mixer helps brands develop and deploy audio creative easily within DV360.

In addition to Ad Manager, DV360 is integrated with programmatic audio exchanges AdsWizz and Triton. Over the past couple of years, DV360 has enhanced its creative workflow tool and added Nielsen Digital Ad Ratings for measurement to attract more advertisers to the space.

“Buyer sentiment has increased as user consumption of audio continues to grow,” Bennett said. “We’ve certainly seen an uptick in interest from marketers in audio.”