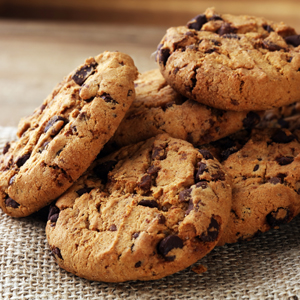 A who’s-who of industry trade groups, advertisers, ad tech companies, agencies and publishers has banded together to form the Partnership for Responsible Addressable Media. The group wants to preserve methods of targeting and measuring consumers, which browsers and platforms have been stripping away due to privacy concerns. The coalition calls for consumer privacy to be a “foundational pillar,” but also wants ad targeting, delivery, frequency capping, campaign management and attribution to “be sufficiently supported and improved upon through better technological and policy standards for all critical use cases,” MediaPost reports. Read more. Question is, has that boat … sailed?

EyeQ On The Prize

ViacomCBS is building a single access point for its CTV inventory that marries supply from CBS (and CBS All Access), Viacom (Nickelodeon, Comedy Central, BET) and its AVOD offering, Pluto TV. The platform, called EyeQ (we see what you did there, ViacomCBS), will launch in the fall and support programmatic guaranteed and private marketplace buying, per The Hollywood Reporter. Unified ad platforms are in vogue as CTV reaches scale and broadcasters invest in AVOD streaming platforms. Besides EyeQ, there’s NBCUniversal’s One Platform, WarnerMedia’s Xandr, Discovery Communications OneGraph and Disney Hulu XP.

Fine In The Ointment

Twitter could be on the hook for a fine between $150 million and $250 million for an alleged violation of a 2011 consent order with the Federal Trade Commission, The Wall Street Journal reports. Specifically, the FTC accused Twitter of using the private data collected from consumers for safety and security purposes, including phone numbers and email addresses, to target ads between 2013 and 2019. Under the terms of Twitter’s 2011 agreement with the FTC, the platform is not allowed to mislead consumers about how it “protects the security, privacy and confidentiality of nonpublic consumer information.” The news comes a hot minute after Twitter suffered an exceedingly embarrassing data breach masterminded by … a teenager in Florida.

Activision Blizzard had a monster Q2. There’s a pandemic on and gamers gonna game, despite the warming weather. Although shelter-at-home-related engagement tailwinds fluctuated between the beginning and the latter half of the quarter, King, Activision Blizzard’s mobile business, saw year-over-year increases in MAUs for its Candy Crush franchise and even a YoY uptick in advertising net bookings, despite the challenging economic environment. King closed the quarter with 271 million MAUs, compared with 258 million at this time last year. Even so, there’s still a lot of uncertainty in the ad market, including a major upcoming monkey wrench: Apple’s recent IDFA announcement. “It’s still too early to determine the specific impact [of the IDFA changes] on the business,” King’s president, Humam Sakhnini, told investors. “But we’re working closely with our advertising partners and demand partners to prepare for these changes.”