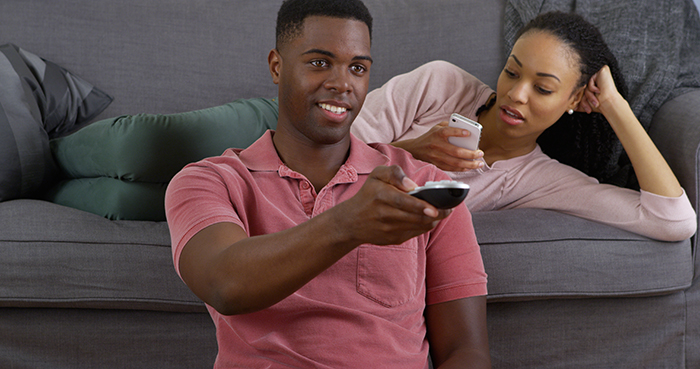 As streaming TV takes off, Vizio Ads is scaling up its offering to include video retargeting.

Advertisers on Vizio TV’s native apps can retarget that same household with a video ad on a different device.

The goal is to help advertisers sequence their messaging or optimize frequency, said Travis Hockersmith, VP of platform services at Vizio.

Unlike other CTV retargeting offerings, Vizio’s happens in “near real time,” he said. As soon as a viewer sees an ad, the TV’s automated content recognition (ACR) picks up on the exposure and logs it in Vizio’s ad server, allowing for quick retargeting elsewhere.

In order to do the retargeting, Vizio Ads looks at all the devices in a household connected to the same IP address. So the ad could appear on a phone, tablet or additional TV in the household. It’s the same technique that allows for attribution of a web conversion based on a CTV ad. And Vizio ads can also supplement this information with other identity graphs.

Vizio Ads will only retarget members of a household with video ads that appear on one of the same video publishers it works with for its TV sets, giving is a “custom, curated set of inventory,” Hockersmith said. “This is not a media arbitrage play, like other solutions in the market.”

Vizio Ads, which started last year, is a relative newcomer to the ad sales business. It sells a portion of the advertising for the native apps on its TVs’ SmartCast navigation system. Viewers might see sponsored ads for programming or other static ads within the interface. Programmers on SmartCast include CTV apps like Pluto, Tubi, Xumo and Newsy.

Vizio’s ad deals are powered by data from Inscape, the TV manufacturer’s automated content recognition (ACR) tech. ACR views what’s on the TV screen and matches it to a library to figure out what programs and ads a household is watching and use that data for targeting and measurement.

But during a time of uncertainty, is Vizio Ads finding advertisers that want to try new things or devote resources to “test and learn” budgets?

“I haven’t seen any decreased demand for any first-to-market opportunities,” Hockersmith said. “OTT has remained healthy.”

Vizio has noticed both user engagement and demand for CTV advertising have grown during pandemic. Plus, Vizio accounts for one out of five TVs sold in the US, according to Mike O’Donnell, SVP of the Vizio platform business.