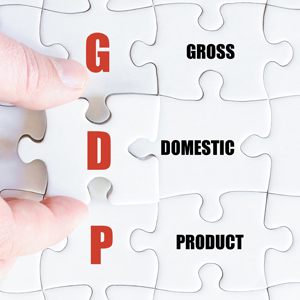 The US gross domestic product fell 9.5% in the second quarter – the biggest dip on record, the Commerce Department reported on Thursday. That’s a $1.8 trillion loss due to, what else, the ongoing pandemic. The collapse was “unprecedented in its speed and breathtaking in its severity,” The New York Times reports. The only comparable events are the Great Depression and post-WWII demobilization, from before modern economic statistics. And unlike previous downturns, this one is the result of a “conscious decision to suspend economic activity” (aka, the call to work at home and stay at home). Lockdowns mostly worked, but cases have spiked again across the country. And the hoped-for rebound after Congress pumped trillions into the economy? Sorry, folks. This isn’t going to be a V-shaped recovery.

Addressable TV has struggled due to a lack of inventory scale – only cable companies possess the direct-to-consumer relationships and broadcast streams that enable linear addressability. Discovery Networks joined the On Addressability initiative Thursday to increase its addressable pool. On Addressability is a consortium backed by three cable companies, Comcast, Cox and Charter, to enable addressable advertising for TV networks via their set-top boxes. The cable distributors get about two minutes per hour, but the networks control 14 minutes on average, so their adoption does more to increase overall addressable supply, Adweek reports. AMC Networks was the first programmer to join the initiative. And Discovery Networks participates in other addressable TV consortiums, like Project OAR and Nielsen’s addressable TV beta.

The latest  battleground in the war between Walmart and Amazon is … TV remote controls. Walmart recently asked Vizio, the second-largest smart-TV manufacturer in America, to remove the Amazon Prime Video button from its remotes. Vizio agreed to the request, and will start replacing Prime with another streaming subscription option in the next few months, The Information reports. Walmart has a lot of leverage for companies that sell in its store, but Amazon can make deals of its own to create new subscription sign-up funnels. During the congressional testimony of tech CEOs this week, it was revealed that Apple halved its app store fee for Amazon in order to carry Amazon Prime Video on its devices.