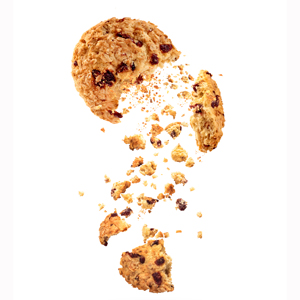 The Trade Desk is updating its Unified ID solution, a shared third-party cookie pool for advertisers and ad tech companies, to function in post-cookie advertising, Adweek reports. The project will be open source, so anyone can use the currency, though The Trade Desk’s backing can be enough to get SSPs on board. The Unified ID 1.0 is the most common digital advertising ID in bid requests right now (until cookies go away in 2022). The 2.0 version will be anchored by encrypted email addresses collected by publishers. This is similar to LiveRamp’s Authenticated Traffic Solution. The change demonstrates how starting in a year or two it will nearly be impossible for any advertising ID to work in programmatic exchanges if it isn’t connected to a person, rather than an anonymous digital user.

Facebook is opening its big blue checkbook to lure TikTok creators to its new Instagram competitor, Reels, launching next month. The platform is offering creators hundreds of thousands of dollars to post exclusively on Reels, The Wall Street Journal reports. Facebook will pay the most to creators who agree to post exclusively to Reels, and is asking others to post to Reels before other platforms. Facebook will cover the production costs of the videos. Facebook is famous for ripping off competitors, and poaching creators is the surest sign yet that it plans to go toe to toe with TikTok in the United States. TikTok won’t back down without a fight, evidenced by its $200 million fund for creators launched last week. Some creators, however, are taking Facebook’s bait as concern grows over TikTok’s future in the United States.

An examination of 15,000 popular search questions revealed that Google’s first choice for most answers is … Google. This isn’t a huge surprise, but it’s a big deal that 40% of the first page of search results is given to Google-owned properties or to keep users on Google, instead of linking out to other companies, according to The Markup. “Sometimes, the most helpful information will be a link to another website – other times, it will be a map, a restaurant listing, a video or an image,” says Google spokesperson Lara Levin. But good luck trying to convince the Google algorithm to consider alternatives to Google Maps, YouTube or its own restaurant listings. (For almost a decade, Yelp pushed for antitrust suits against Google, after the search engine bought Zagat in 2011 and squashed other local search companies below that.)