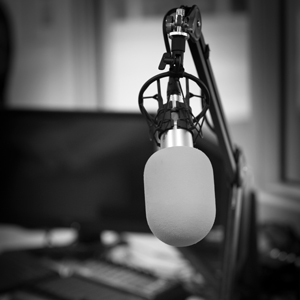 Podcasting is a relatively small market, closing in on a $1 billion run rate. But the category is on fire right now. The New York Times scooped up Serial Productions for a reported $50 million this week in a “creative and strategic alliance” with sister company This American Life. Terms of the deal were not disclosed and depend on performance goals. The Times bought podcast studio Audm for $8 million in March and is hiring prominent journalists to host new programs. With Serial, the Times owns the 14th largest podcast production company with roughly 4 million listeners and the iconic “Serial” franchise that was the first breakout hit. Union Square Ventures also announced on Thursday that it’s investing in the podcast studio and ad network Headgum.

Google is dropping its payment processing fee for retailers and merchants. Sellers will still be able to use PayPal or Shopify, though normal fees would apply. Earlier this year, Google made it free for sellers to list inventory with Google Shopping, and started displaying product ads for free on search results. Removing fees is a win for sellers (the typical rate is 10% to 15%), but doesn’t guarantee buyers actually shop on Google. “We’re making it easier for retailers of all sizes to sell online, which should mean more options for shoppers,” a Google spokesperson told AdExchanger. “As always, ads will remain a valuable way for retailers to promote their products above and beyond the free programs we’re enabling.” Read the blog post.

The retail industry is carnage right now. Even before the pandemic, chains like Modell’s Sporting Goods and Papyrus declared bankruptcy, while Pier 1 switched to ecom-only. And with the economic fallout of the coronavirus outlasting forecasts from March and April, another slew of well-known apparel stores have declared bankruptcy, including Neiman Marcus, JCPenney, J.Crew and Brooks Brothers. Retailers will likely close 25,000 stores across the United States this year, The Wall Street Journal reports. That’s more than the number of stores that closed after the 2008 financial crash, and last year’s 9,832 closures seems modest now. “While the pandemic may have accelerated these filings, these businesses were likely on this path anyhow,” says Matthew Katz, managing partner at advisory firm SSA & Co.