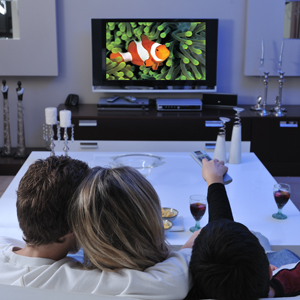 The French government will loosen archaic laws this month that have undercut French broadcasters for years. The biggest change will be to repeal a 1993 law that says all French households must receive the same broadcast stream. So French TV stations haven’t been able to serve addressable ads, since that would mean people watching the same program at the same time might see different commercials – and thus different broadcast streams. That’s a sad handicap compared to big US tech companies with OTT and video ad businesses. “If you watch YouTube on a connected TV set, they can show you targeted ads. But the broadcasters haven’t been allowed to do this,” Gérald Sauvageon, VP of sales at the French ad tech company Smart Adserver, tells Video Ad News.

Amazon told the House Antitrust Committee last year that its tactics to promote private-label brands aren’t anticompetitive because it sacrifices ad revenue, and because such placements are only 2% of inventory. But that’s misleading. When Amazon owns a relevant private label, it takes 25% of desktop and 50% of mobile inventory, according to Marketplace Pulse. And by limiting overall inventory, Amazon drives up rates for everyone else. Amazon also cycles through experimental units for its brands. In May, for instance, Amazon introduced a “Featured from our brands” label, similar to an “Our Brand” label it tested last September. For a few months last year, Amazon featured a “Top rated from Amazon’s brands” carousel just above the fold for desktop users, conquesting better-known brands with a unit that outside advertisers couldn’t purchase themselves.

The Justice Department won’t try to block the merger of Taboola and Outbrain, the two biggest third-party content recommendation ad networks, The Wall Street Journal reports. The DOJ initially investigated the deal anticipating the two companies’ combined might in the content recommendation category would merit a challenge. “After considering a range of industry dynamics, however, the department concluded that the merger wasn’t likely to suppress competition, in part because it found that other companies were getting into the sponsored-content game.” Namely, ad platform giants Google and Verizon now have similar sponsored content offerings for publishers.

Gaming is gold for Microsoft. Gaming revenue increased $1.3 billion, or 64%, in the second quarter, the company told investors Wednesday. Xbox content and services drove the lion’s share of revenue growth – $1.2 billion, a 65% increase – and directly related to the pandemic and people spending more time at home. Xbox hardware revenue increased 49%. The results were “significantly ahead of expectations,” said Microsoft CFO Amy Hood. Despite its July 22 decision to shut down its gaming streaming services, Mixer, and partner with Facebook Gaming, Microsoft is still invested in reaching, engaging and monetizing gamers beyond its console business, the company said. In other news, Microsoft’s total revenue for the quarter ending June 30 was $38 million, a 13% YoY increase. But not every business unit is thriving. Earlier this week, Microsoft-owned LinkedIn announced that it would have to cut 960 jobs from its global sales and talent acquisition divisions as a result of COVID-19.