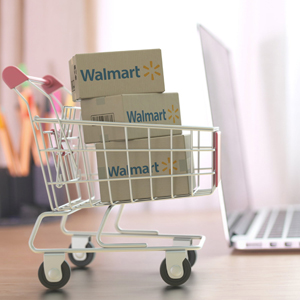 Verizon Media added a new feature for Yahoo Mail accounts, in partnership with Walmart: inbox shopping. Walmart will have a dedicated banner atop Yahoo inboxes, where users can search for groceries, add them to a cart and purchase without leaving their inbox. People will also see recommended items based on previous transactions and other Yahoo profile data. “The new ‘Groceries from Walmart’ feature that lives within Yahoo Mail takes one more step out of our customers’ days,” said Walmart marketing SVO Rich Lehrfeld in a release. That extra step is critical, as retailers (namely Amazon and Walmart) fight for ecommerce profit margins and trim intermediaries from their affiliate sales channels, particularly for grocery sales.

The Mouse Has Left The House

Disney is the latest major advertiser to cut Facebook ad spend, joining Unilever, Ford, Starbucks and others in boycotting the platform’s hate speech policies (or lack thereof). Disney was Facebook’s largest advertiser over the past six months, dropping $210 million on the platform to boost subscriptions for Disney Plus, according to Pathmatics. Disney also paused advertising for Hulu on Instagram, where it spent $16 million promoting the brand from mid-April to late June. Disney didn’t announce the boycott and hasn’t stopped advertising entirely. But ads for ABC and Freeform have “all but vanished from the site,” The Wall Street Journal reports, and sources say they’re unlikely to return to the platform to promote their fall seasons unless Facebook changes its policies.

In a blog post titled “Eyes Wide Open,” FTC Bureau of Competition staffers caution corporations that information or allegations stemming from other regulatory agencies will be catalogued by the FTC for M&A reviews. “In particular, companies and individuals facing criminal probes or civil antitrust claims alleging collusion or coordinated behavior are likely to face additional scrutiny during their merger review.” The blog post doesn’t cite specific companies or categories, but the message is clear for Silicon Valley, already beset by civil antitrust suits based on coordinated behavior: “Even if details of such investigations are not public, Bureau staff are likely to discover their existence during our own investigation of a merger.”