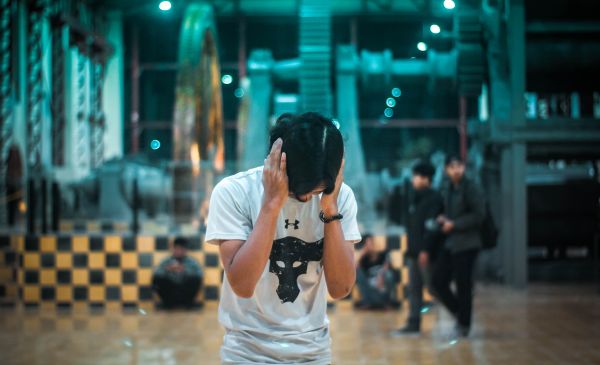 Laura helped build some of the most successful brands on the planet. Brands that you have in your cupboards right now. She worked for one of the world’s largest consumer packaged goods companies. Our agency was brought in to help it embrace the digital revolution. Not surprisingly, we suggested creating immersive, empowering experiences.

When we shared our ideas, Laura actually laughed at us. Out loud. She then did what she thought was a favor: She broke down the mathematics of how great brands are built. She didn’t just talk about how much you should spend on TV vs. print vs. the internet. She also had creative execution down to a science.

She knew exactly how long the ad’s main character should be on the screen holding up the product, how long she should smile and then how long the voiceover should spend talking about the product before returning to the star, who would finish the story by sitting comfortably on a couch eating the product and smiling with a friend.

Nothing Laura said was wrong. She was right about the budgeting figures and creative execution. Her recommendations were based on decades of testing and optimization by a team consisting of Harvard graduates, PhDs and other brilliant thinkers.

Her recommendations were based on scientific, optimized truth. Millions upon millions of dollars were invested building her company’s model. They knew that if they created a product that hit specific taste scores among a test group, they could apply their proprietary system and create a billion-dollar brand. To her, we were just a bunch of kids with goofy idealistic concepts that weren’t tested in the real world.

But Laura’s math had a single, devastating flaw. It didn’t account for the fact that most people don’t sit complacently and watch the entire optimized story anymore. Today, while the protagonist is holding up a product, her audience is checking Instagram. During the voiceover, they are instant messaging. Or worse, they never see the ad in the first place, because they’ve blocked it or have the sound off.

Given that the Mad Men era has been so thoroughly disrupted, the big mystery is why every company isn’t fighting friction.

The Answer Is The Machine And The Shiny Objects

The Machine refers to the multibillion-dollar industry that drives brands to invest in traditional interruptive advertising. Laura is a cog in the wheel of The Machine. The Shiny Objects are the bright new tools that distract marketers into thinking they should use the same interruptive tactics while leveraging the newest technologies.

The Machine was originally a great idea. Corporations’ use of advertising is one of the key reasons why a small number of countries, America in particular, came to dominate the global economy. It provided a tool to drive capitalism forward by increasing consumer demand. The world’s top five economies dominate in the percentage of GDP invested in paid media. Over time, paid advertising became a massive industry that offered all the data, training and education needed to create world-class brands. Great careers and trillions of dollars of wealth were built on it. The Machine worked brilliantly for decades.

The top media and advertising technology firms have an entire ecosystem of support: books, blogs, awards, magazines, research firms and conferences all dedicated to the idea that we can build brands through interruptions. An entire town in the south of France gives itself over to the advertising industry every year. In fact, despite the revolutionary change in consumer behavior, growth in paid media continues to outpace the American economy.

Removing friction, by comparison, is extremely difficult. There aren’t decades of data to create a template for success, like Laura’s TV advertisements. There aren’t exact metrics to measure ROI at a granular level.

There isn’t a rewards system that provides awards and promotions for empowering customers. But the change is inevitable. The data is clear at a macro level. Consumer behavior is changing at an unprecedented rate. Entire industries are getting disrupted in the blink of an eye. The Machine will continue to churn, but it absolutely must adapt, and do so at a much quicker rate.

This Leads Us To The Shiny Objects

These are the new, incredible, metric-friendly digital tools: social media, mobile apps, virtual reality, wearable technology. Each of these has been adapted to fit into The Machine’s love of interruptions. They are designed to allow for the precise targeting of ads. The technology industry continually creates tools that can impact people’s lives in unprecedented ways, and then the marketing industry finds ways to put interruptions into them.

From a macro perspective it makes sense for brands. They’ve always succeeded by following audiences wherever they go. When women started watching afternoon dramas, Ivory Soap needed to be there, hence the name “soap operas.” When social media took off, McDonald’s ironically splashed its logo all over the mildly addictive game that enabled users to spend their afternoons building virtual farms.

But just because the audience has shifted to a new media source doesn’t mean they want brands to play there in the same interruptive way. There are simply too many brands and too many messages for interruptions to break through.

To study the problem, my firm created a panel of people representing audience segments ranging from teenage girls to middle-aged men. We strapped cameras to their heads and loaded screen-capturing software on their digital devices. We found that they were exposed to a branded message every 2.7 seconds on average. As they consumed social content, they made a decision every 2.1 seconds on average. Without offering some form of value, it’s almost impossible for brands to get into the stream and make a meaningful impact.

Yet, The Shiny Objects could be a perfect tool for removing friction. Consumers are almost perpetually connected to a digital device. They look at their mobile device every 6.5 minutes that they are awake. They want brands to play in this game. They want content that informs and empowers. They want to be inspired and educated. They want to make smarter purchase decisions. But they don’t want to be interrupted.

TV arrived with a bang after World War II, as a whole new generation was trying to build middle-class lives. Its advent was an amazingly powerful thing. For the first time, sound, pictures and stories came into consumers’ living rooms free of charge. Early on, advertising provided a valuable service. It not only provided incredible new content; it also helped educate us about new products and brands.

Then Fred Flintstone got in the way.

For its first two years, the show was sponsored by Winston cigarettes. At the end of every show, Fred and Barney would light up Winstons and tell each other how delicious they are, thanks to the filter tip. Fred, Barney and generations of cigarette advertisers made cigarettes seem pretty cool. So people smoked them. Then people got sick. Millions died.

Then, it turned out that the assholes who made those cigarettes knew they were deadly.

It didn’t take long for the audience to realize that advertising lies. It seems crazy to think that at one point, the audience actually believed advertising. Why wouldn’t they? Brands had the trust. Then they broke the trust. It’s not just that the audience avoids ads, it’s that they don’t even believe them when they see them.

Contributed to Branding Strategy Insider by: Jeff Rosenblum and Jordan Berg, excerpted from their book Friction: Passion Brands in the Age of Disruption, published by powerHouse Books

The Blake Project Can Help: The Strategic Brand Storytelling Workshop

FREE Publications And Resources For Marketers